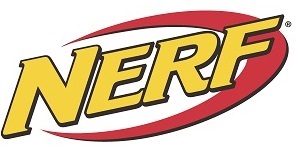 The eagerly awaited first stop on this years Nerf Clash of the Groms Series, The Personnel Solutions Surfaced Pro commenced on Saturday the 3rd of June. Welcomed by the early summer sun and 2-4 foot lines rolling into Watergate Bay in the morning low tide.

The Surfaced Pro, now into its second year of competition, champions the cause of equality among its competitors with both male and female participants receiving equal prize winnings. Instigated by students at Cornwall College Newquay, who plan and implement the event as part of both the Surf Science & Technology & Marine Sports Science degree programs, welcomes in a new era in professional surfing and further changes the traditional norm by having each surfers highest wave score doubled, awarding powerful, impressive wave scores over an accumulation of safe rides.

The Surfaced Pro has been joined this year by becoming the first stop on the new Nerf Clash of The Groms Tour, which covers 4 exciting events on the UK Pro Surf circuit, making stops at Watergate Bay with The Personnel Solutions Surfaced Pro, The UK Schools Surf Championships at Fistral beach, The Thurso Surf festival in Scotland before returning to the home of The UK Pro Surf Association at Fistral for The Clash of The Groms finale, giving our new generations of surfing talent an important pathway to hone their competitive skills and promote fresh talent across the UK.

Day: 1 of competition saw large crowds gather enticed by the solar warmth to watch our junior surfers progress through their preliminary rounds with notable surfing talent naturally emerging as our victors, super Grom Gabe Llewellyn demonstrated his growing level of skill & energy passing through the first rounds of the Under 12 Open with style. Bude’s Ellie Turner, having returned from the Biarritz ISA World Games & finishing 2nd on the Ripcurl International Grom Search placed her new tour experience to work trumping early rounds in the Under 16 & Under 18 Girls divisions

The 2nd day launched immediately into the exciting semi-finals of the junior divisions with Seth Morris scoring our first Highest wave achievement of the event with a 9.5 point wave (one judge awarding a 10) in his Under 16 Boys semi-final heat.

The sun returned for our climatic finals & the waves peeled in a myriad of greens & blues in front of the crowds, with Nerf darts & Personnel Solutions frisbees decorating the skies as our The Surfaced Pro finalists took to the water. Early smiles were seen from our Nerf clash of the Groms competitors as our commentator Nick Williams gleefully roused the crowds cheers as our winners returned from their aquatic stadium. The tempo rose as our heats climbed in surfing stature through the stylistic performance of our female competitors and grew to a roaring applause as we finished on the ultimate event.

Presentations on the beach were the call for the day, basking in the beautiful evening sun and young competitors just as eager for their gifted Nerf guns as the titles themselves clambered around the staging ground. Following a respectable minutes silence for recent events further afield, UKPSA Director Dave Reed, Matthew Sherratt from Personnel Solutions & Cornwall College’s Brender Wilmott awarded our Contestants their prizes and crowned our Personnel Solutions Surfaced Pro & Nerf Clash of The Groms Champions.